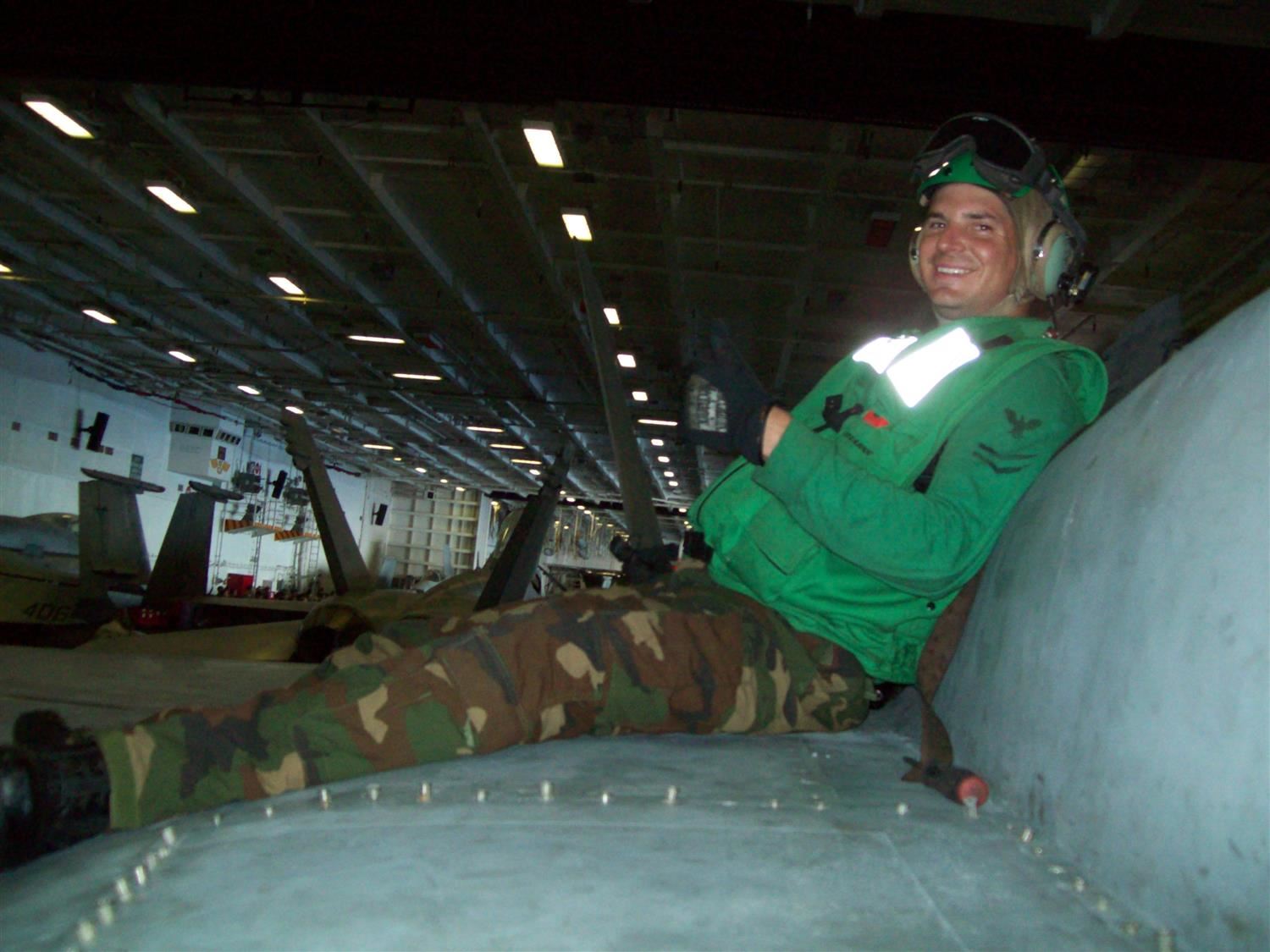 I am so blessed to be starting my fourth year teaching Aviation Technology at Tivy!

I was born in Texas, but raised in the great state of New Mexico.

As an 18 year old college student 9/11 had a profound impact on my life, eventually leading to armed service.  I spent nearly eight years as an enlisted sailor in the US Navy.  In that time I flew as a crew member on P-3, and E-6 aircraft.  I later worked as a flight deck troubleshooter for F/A-18 aircraft aboard the USS Ronald Reagan, and the USS George H W Bush.  It was an honor to serve with some of the greatest men and women I will ever know, and leaving that life behind was the most difficult decision my family has ever had to make.

While in the Navy, I met many capable young people who had fallen through school system cracks in one way or another, and I hoped to make a difference as an educator.  In 2013 I graduated from Eastern New Mexico University with dual concentrations in Biology, and Physical Sciences.  The diversity of the coursework allowed me to obtain secondary certification in Math, Science, and Industrial Trades.

My wife Rebekah (a San Marcos native) and I have been married for 17 years. Rebekah has traveled all over the country and spent countless hours volunteering with troop/spouse support organizations.  As a "Navy Wife" she made sacrifices to our country far and above anything that I ever could.  Anyone who has ever experienced having a loved one in harms way will know that it is more difficult to be a family member left ashore through no choice of thier own.  She is an outstanding example for our two wonderful daughters Riley, and Carson.  We are all glad to be part of the Kerrville community.